There was a brief pandemonium at Redeemers University last night, as 2 lesbians were reportedly caught by their colleagues.

It was gathered that the two lesbians were caught in the school’s hostel, and some students of the institution have already updated their Whatsapp status with the incident.

It was gathered that one of the students, considered leaving the school to avoid possible stigmatization after the videos went viral 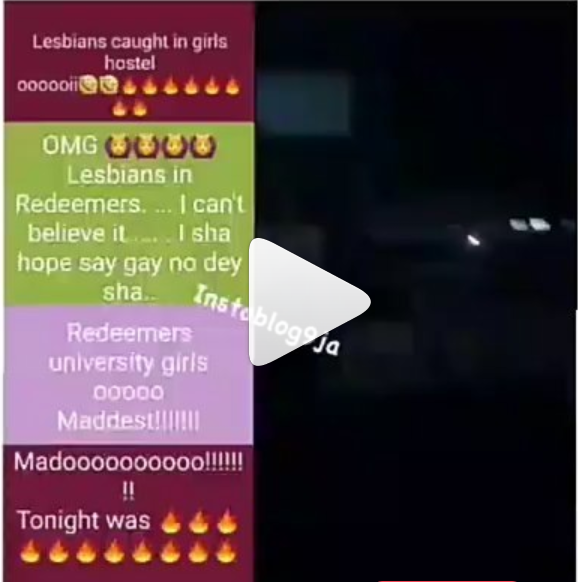 WhatsApp Chats: lady shares experience of how a Yahoo Guy nearly used her Blood for rituals

Popular Actor Opens Up On Alleged Death Of...