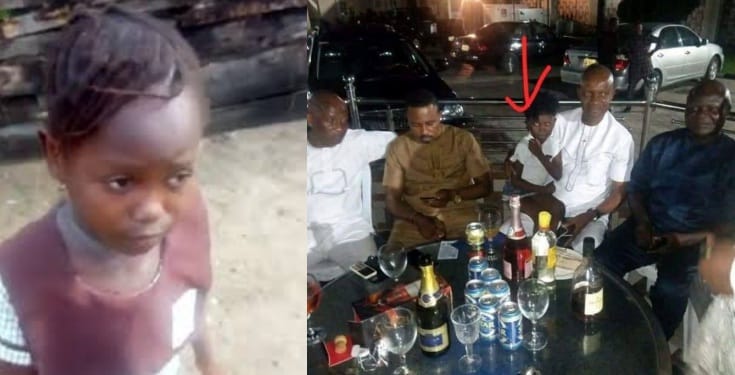 Journalist Fejiro Oliver, has called out the chairman of Sapele Local Government, Eugene Inoaghan, for taking little Success Adegor, to a beer parlor with his friends.

Sucess made news last month after a video of her complaining bitterly that she was sent out of school for failing to pay her examination fee, went viral.

Reacting to a photo of little Success in company of the local government chairman and his friends drinking beer at a ”beer parlor” , Fejiro Oliver wrote

This man called Eugene deserves to be suspended by the Governor for this evil habit. He didn’t see church or recreational areas, na where him and his guys dey manya he carry the small girl go. 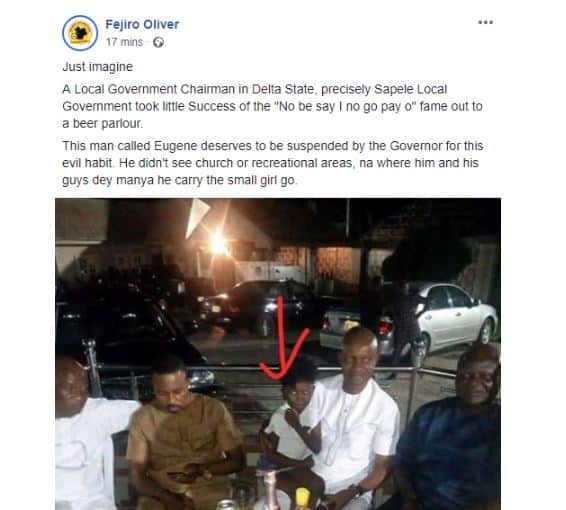 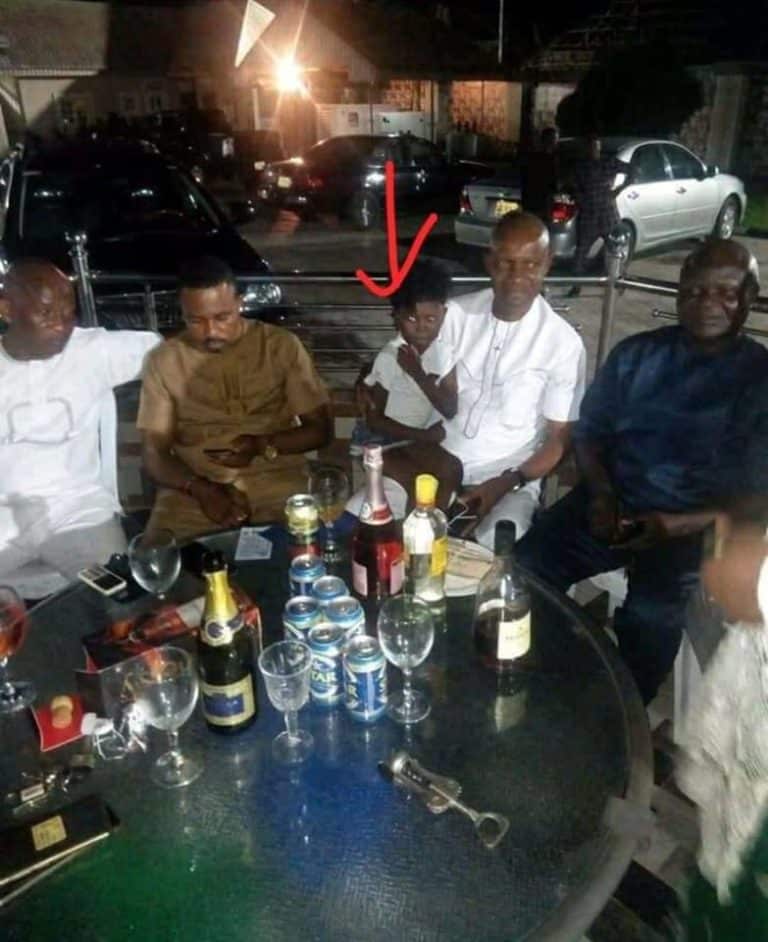 Praying In The Spirit_Rev.Sam Adeyemi

Nigerian lady ties the knot with her lesbian...

Nigerian man recounts how he paid back a...