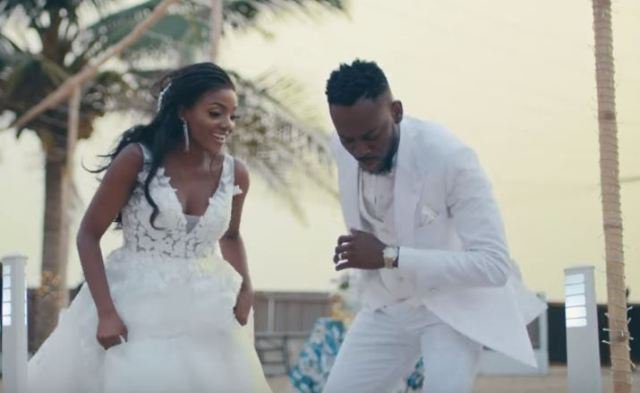 The “Ire” singer disclosed this in a note he shared with his fans in an email announcing their union.

According to the content of the note, they got engaged in 2018 and finally tied the knot in January 2019.

He also revealed that Simi has been with him for 5 years before she said, “YES” to his marriage proposal last year.

Recall that Adekunle Gold and Simi tied the knot over a week ago, the ceremony was so private as pictures of the event hardly trickled out.

Speaking on his engagement with Simi alongside his new single titled ‘Promise’, Adekunle Gold said: “Earlier in 2018, I asked my girl of five years to be my wife. Knowing all of my imperfections and shortcomings, she said yes!


“This January, before God and our family, we vowed to do this thing called life together. To be honest, it’s easy to get lost in the limelight; so we definitely have a slightly obsessive desire for a private life that belongs to just us.

READ ALSO: Wow! Check Out Cute Throwback Photos Of Simi And Adekunle Gold As They Get Married Today

“We planned on sharing a little bit of the beginning of our forever with you. Thankfully my team got Kudus on our little Island with us to capture some of these moments for you.”Here is ‘Promise’.”

The couple also released scenes and moments from the wedding in the new collaboration titled, ‘Promise’ 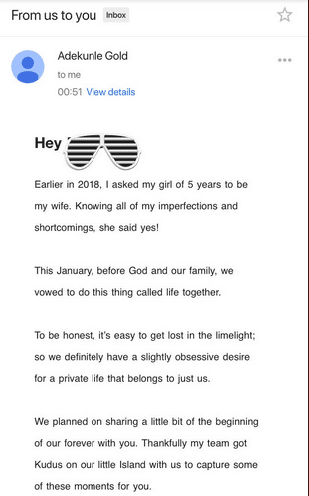 Cardi B Blasts Trump Over Government Shutdown, Calls the U.S.A a “Hellhole”

Reason Why The Wedding Ring Is Worn On...

Check Out What Nigerian Celebrities Of Yesteryear Are...