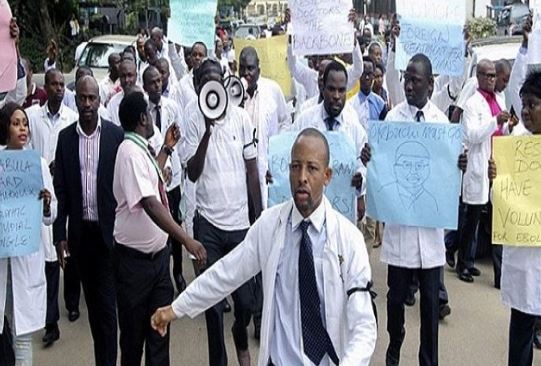 The Nigeria Medical Association (NMA) has called on Gov. Yahaya Bello of Kogi to reverse the ‘current internal drift’ of doctors and other healthcare workers in the state.

This followed the exit of 88 medical doctors from the state public service.

This appeal was made in a statement issued to newsmen in Lokoja on Monday by the NMA state chairman, Dr Kabiru Zubair.

According to Zubair, “Under this administration, a total of 88 doctors have left the Kogi Civil Service; previously, 79 doctors left plus another nine who had succeeded in securing new employment recently.”

The association however felicitated with the governor on the celebration of his third year anniversary in office and for making healthcare one of his five thematic areas.

Zubair said that the association equally felicitated with the Deputy Governor, the SSG, the Chief of Staff, Commissioner for Health, Special Adviser on Health Matters and the entire cabinet members for sustaining the progress made thus far.

NAN recalls that Bello was sworn-in as the fourth civilian governor of Kogi by the satte Chief Judge, Justice Nasir Ajanah, on Jan. 27, 2016.

Zubair, however, commended the state government and Bello for some positive steps the government had taken in repositioning the health sector in the state.

“As you commence your fourth year in office, the NMA as the custodian of the health of the people is ready and willing to partner with state government to improve the health sector in Kogi.’’

VOICE OF THE STUDENTS: NANS needs to be...