WhatsApp is the most popular third-party chatting programme in the world – the service bests rivals such as Facebook Messenger and WeChat in terms of monthly users, according to data from Statista.

The platform is available on Android and iOS as an app and on desktops through its Web client. 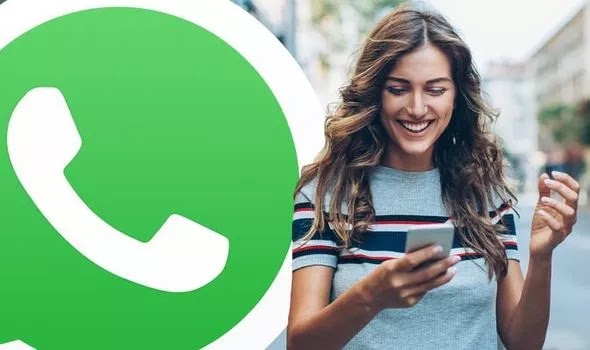 One of the biggest problems with WhatsApp comes from its rigidness when users attempt to use the service on devices other than their primary phone.

At the moment users are unable to use the same WhatsApp account on more than one handset at once for instance.

Instead, users are forced to delete WhatsApp on an old device if their account information has been transferred to a newer one.

Moreover, WhatsApp Web is similarly tied to the user’s smartphone, meaning if it is not nearby users are unable to harness it as normal.

However, the frustrations caused by such problems could be alleviated in the future, according to new claims from WABetaInfo.

WABetaInfo is an outlet renowned for trawling through early versions of WhatsApp in an attempt to see what features may be coming to the software.

The outlet recently claimed WhatsApp is hard at work on a “new system” that will allow fans to harness their account on multiple devices at once.

WABetaInfo listed the circumstances in which more than one product could run a single WhatsApp account.

They were said to be:

• WhatsApp on your computer (without the necessity for an Internet connection on your phone) using the UWP app (this is one of the reasons why started to develop it). It will be obviously possible to use the same account on Windows Phone (using UWP) and WhatsApp for Windows (always the UWP version)

Interestingly, WABetaInfo declared the new system will also improve WhatsApp’s end-to-end encryption but did not detail how.

Most notably, no release date for the new feature was given – the outlet has previously highlighted forthcoming features such as a Dark Mode back in September last year that have not since been delivered to fans.

The long release timelines for claimed features means fans could be waiting a while for the ones mentioned above.

Responding to WABetaInfo’s tweet announcing the new account system, many WhatsApp fans discussed how long it may be before it is implemented.

Newton was wrong: Scientists dismiss Newton's theory of gravity and warn Einstein is next

WIN 3GB DATA BUNDLE: Get These Answers And...