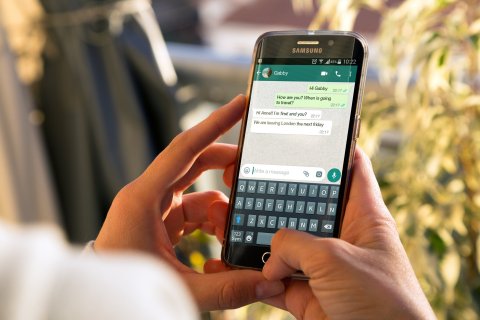 WhatsApp looks set to introduce a new change that makes it easier and clearer to send pictures to your contacts.

The change will be for users on the Android platform, meaning anyone with a phone made by Samsung, Huawei, OnePlus or Sony.

At the moment, if you want to send a picture to a contact you can only see a small version of their profile picture. However, this new change should allow you to see the full name of the person you want to send the image too.

Which should limit the amount of embarrassing pictures getting sent to the wrong person by mistake.

Unfortunately, we don’t know when the millions of people who use WhatsApp on an Android phone will be able to benefit from this change. According to reports, the change is currently being tested in the latest beta version of the app.

WhatsApp is the world’s most popular messaging app and usually trots out updates fairly regularly. It’s unlikely to be more than a couple of months until Android users can start benefiting from this big change.

We should point out that iPhone users have had this method of identification in place on their version of WhatsApp for some time now.

The site said WhatsApp was too slow to introduce new functionality when compared to its competitors.
‘I don’t understand why they are so slow,’ the site wrote. ‘I understand that a feature must be developed carefully, because WhatsApp is a really famous app. But, for example, I think: “Why is Telegram so fast with features?”’
The post then went on to suggest that WhatsApp, which is owned by Facebook, doesn’t seem interested in its loyal community of followers.
One of the points made in the article was that Dark Mode, which originally surfaced in 2018, has still not come to the app. Despite just about every other platform adopting it by now.
But still, at least Android users will now be able to see who they’re sending their pictures to.

‘R. Kelly has brought so much pain to...

Undergraduate hacked to death by Cultists After Bullets...

Slimcase or smalldoctor who owned the street in...

How to Look Stylish in a Video...