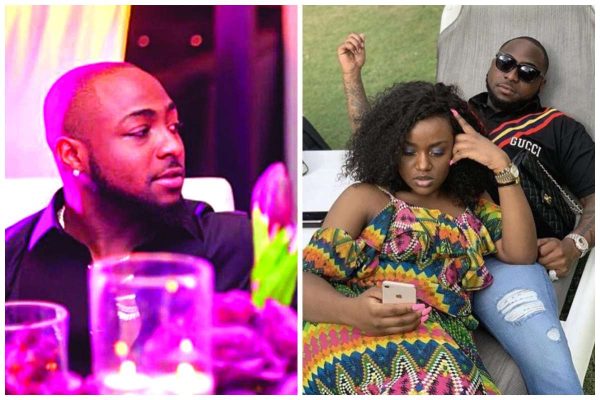 Nigerian top Musician, David Adeleke aka Davido has offered an explanation why his girlfriend deleted her Instagram account

He disclosed the reason why his girlfriend, Chioma Avril Rowland deleted her verified Instagram Page.

Davido revealed the reason on Wednesday, during his “AskDavido” session on Twitter

ALSO READ: Lovely new photos of Davido and his girlfriend, Chioma as they chill together

Where fans could ask him any question on social media Platform.

Davido replied to a fan who asked why his girlfriend, Chioma deleted her Instagram page.

The Top Star, Davido, disclosed that Chioma took off social media in order to focus on her cooking show. he added that Social Media isn’t life.

She’s working on her cooking show and doesn’t wanna get on social media for now…social media is not life!”, he tweeted. 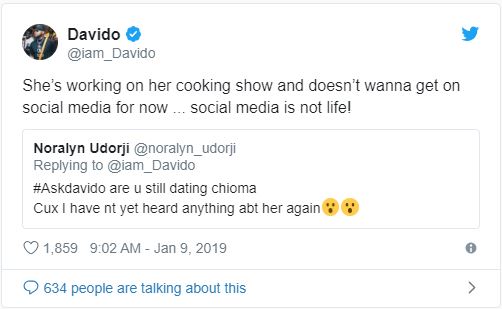 Astonishing! Meet the Woman Who Claims to Have...

FG HAS RESUMED TALK WITH ASUU ON RESOLUTION...

Breaking: Students Hide In Roofs, Others Arrested As...