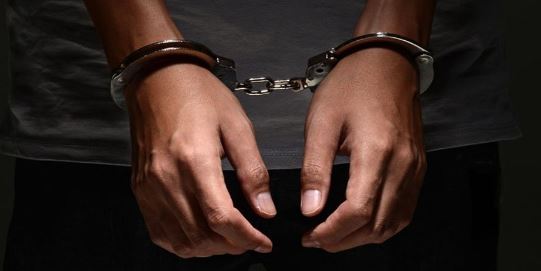 Confirming the arrest, the police spokesperson in Anambra, Haruna Mohammed said the baby has been recovered.

A 50-year old woman has been arrested by the police for allegedly buying a new born baby for the sum of N500,000 at No. 3 Onyekwore street, Awada, Onitsha in Anambra state.

The suspect, Juliet Onweagba, was said to have conspired with a 49-year old woman, Edith Ewudo, to purchase the baby from one Ndidi Egeonu.

DAILY POST gathered that the baby was stolen from the mother shortly after delivery.

Confirming the arrest, the police spokesperson in Anambra, Haruna Mohammed said the baby has been recovered.

He said, “On the 12/6/2019 at about 7:pm, Police detectives attached to Awada division arrested one Juliet Onweagba ‘f’ aged 50 years of No 3 Onyekwore Street Awada

“Suspect conspired with one Edith Ewudo aged 49 years of Orsumoghu street Awada and bought a new born baby girl at the sum of N550,000 from one Ndidi Egeonu ‘f’ aged 35 years of Odume Obosi.

He also disclosed that the case was being investigated after which the suspects would be charged to court.

See what stubborn husband did after company transferred...