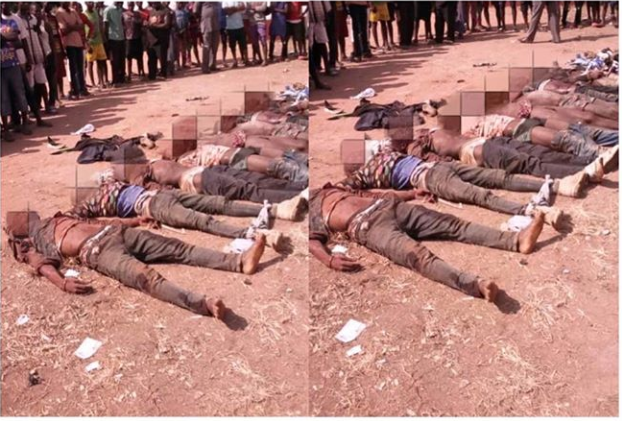 The youth of Lessel community in Benue State, on Saturday, killed at least 13 suspected cultists connected with the murder of a bike rider in the area.

Trouble, reportedly, started when members of a cult group, who were in the town for a meeting, attacked and killed a commercial bike rider while attempting to rob him.

However, when the news of the murder filtered into town, the youth mobilised and stormed the guest house where the cultists were having their meeting and hacked about 13 of them to death.

It took the intervention of the Police, who stormed the area, to stop the killing of more cultists, most of whom had already been beaten to a pulp by the irate youth.

WhatsApp Chats: lady shares experience of how a Yahoo Guy nearly used her Blood for rituals

Ex-President Jonathan Safe After Attack At His Residence...

Will 'FIFA The Best' Snub Affect Messi This...